Love they say is a beautiful thing. The intertwining of two souls, an unexplainable rush of feelings towards someone. Whatever way it makes you feel or act, love grows, and there are a series of events that ultimately lead people to fall in love.

Unlike most other phenomenon in life, love has no definite cause and can be triggered by uncanny of circumstances, events and occurrences. Over the years, science has shed light on the cause and process of falling in love, the chemical involved such as Dopamine, Oxytocin, Norepinephrine and Phenylethylamine, Testosterone and the rest of it.

But then, love isn’t just about some chemicals, it’s a function of preference and personal history.

6 Factors what makes us fall in Love

Here are some factors that contribute to what makes people fall in love.

1. The way they smell

Smells are emotional triggers. They trigger emotions built up from memories of the person you know. I once had an ex who used a particular perfume, when the relationship went southwards and we parted ways, I met an awesome guy but quickly disliked him because he used the same perfume as my ex.

This scenario also works the other way round, when you’ve been in a relationship or dating someone for a very long time, you master how they smell. “I miss your fragrance, sometimes I miss it this much that I can clearly smell you in the air.” ― Qaisar Iqbal Janjua.

This explains why couples cling to each other’s clothing and personal items when the other is far away, thy reconnect memories of their lovers through a whiff of the characteristic smell.

You tend to fall in love with someone who has similar traits and interests as you, share your love for art, music, food or any other thing. I have always seen similarities as the primary cause of people falling in love. I once had a friend Jeff who loved to paint water lilies, he would sit for hours by the sides, coloring these magnificent plants.

Unfortunately, his art seemingly made it impossible to keep any relationship going as most women he met complained he seldom gave them enough attention nor spent substantial time with them until he met Lisa. Lisa was an art major, and the moment the two met, it was like a match made in watercolor heaven.

The similarity of interest is indeed a major factor that influences who you fall in love with.

We’ve heard of people drooling over actors and fitness models. Physical characteristic since the ancient times has been a contributing factor in falling in love. The reason is not far-fetched, the general attraction to a person is primarily focused on the outer physical appearance.

Firstly, a term most prefer to call ‘infatuation.’ Whichever the case, physical characteristics such as beauty, height, smile, and color of the eyes, sure contributes to what makes you fall in love with someone.

The way a person laughs could trigger emotions and prompt you to fall in love. Laughter plays an important role in any relationship, and sometimes you realize you may start to laugh like the person you are in a relationship with.

Suddenly you love the sound of their laughter so much that you subconsciously begin to mimic their own style of laughter, and trust me it is perfectly natural. Many don’t realize this, but when you fall in love with someone, you tend to borrow their body language and speech pattern, it’s not awkward there’s a scientific explanation to it.

“A smile is the light in your window that tells others that there is a caring, sharing person inside,” Denis Waitley.

5. When they make you feel safe

Care, affection, attention, these are attributes of love. When a person makes you feel safe through constant care, affection and concern, you are bound to develop feelings for him/her. Human beings are social animals, and as such you are easily attracted to people who show you care, attention and affection.

Nick Cannon once said, “I think one of the most important things in a relationship is caring for your significant other through good times and bad.” When someone cares about you, you feel safe around them and ultimately fall in-love with them.

6. To grow beyond ourselves

A psychologist at UCLA Martie Haselton believes love is a “commitment device,” a means by which two human beings encourage themselves to form lasting bonds through sharing of traits that promote personal development.

Another study conducted by Arthur Aron a psychologist at Stony Brook University suggests that the basic instinct of a human being is to  “expand the self and to increase our abilities and our effectiveness.” Learning one or two from a person can trigger emotions which may ultimately lead to true love.

In conclusion, there is no definite pattern to falling in love, it could happen with anyone, anyway and at any given circumstance. 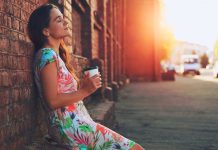 Do I Love Him, or Am I Just Attached? 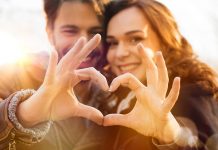 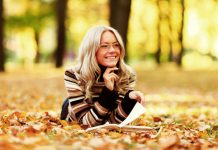